Amongst the new buzz words and phrases that have recently entered the lexicon, ‘local food’, ‘local produce, ‘locally sourced’ and others have come to define the trendy idea of supporting local producers rather than global retailers.  Detractors criticise this ethos as being no more than another example of hippy dippy thinking along the lines of the ‘wholefood revolution’ of the 1970s.  “What’s the point?” they ask disdainfully.  Supporters, on the other hand, cite well-argued and undeniably convincing reasons for their commitment to thinking local.  But is it really that black and white? 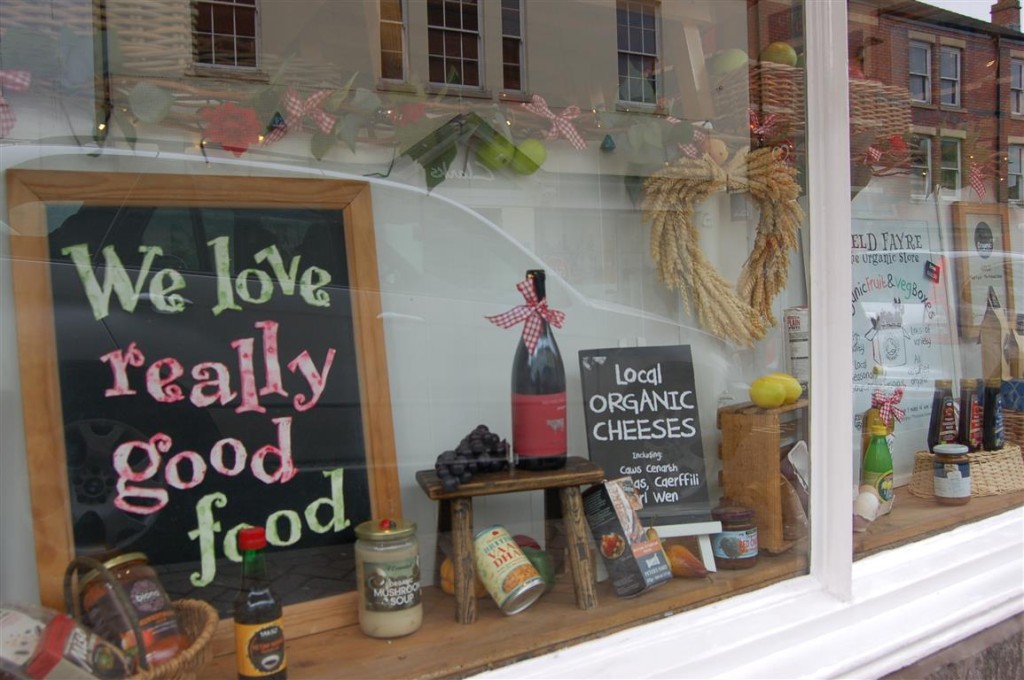 The usual reasons given for sourcing local food include: buying from people that can be trusted; supporting our local farmers; keeping money in the local economy; cutting carbon emissions through lowering food miles; and finding food that is fresh, tasty and seasonal.  These are all valid reasons that make perfect sense.  What one rarely hears, however, is the argument that links local food to health, an idea that merits further discussion.

To be swept along by the new wave of ethical evangelism and to enshrine the phrase ‘local food’ as the solution to our troubles is to miss the point.  ‘Local food’, though highly laudable as a concept, is not a destination, neither is it a starting point, but it is a crucial part of the journey before us.  That journey concerns health, and health should concern us all.  We are an increasingly sick species living in an increasingly sick environment, and we are all culpable.  The damage, degradation and destabilisation of our own species and of all life on this unique planet are down to us.  We have got things terribly wrong.  To understand this and to allow ourselves the humility to accept responsibility for it is to take the first step on that journey, a journey that promises to be exciting, scary, eventful, daunting, emotional but ultimately enlightening.

At the risk of sounding too simplistic, I believe that the industrialisation of our food is the culprit largely responsible for the devastation of our planet, and that real food could be a major part of the solution.  For clarity, I define real food as fresh, seasonal, produced using the principles of good husbandry, unadulterated and uncontaminated by chemicals.  To fulfil these criteria, it will usually be produced using organic methods on a small-scale at a local level – this is where the significance of ‘local food’ comes in, as part of a much bigger jigsaw and the source of real food.  Real food is what sustains life in all its myriad forms.  Real food starts with the soil.  Healthy soil teems with life, supports healthy plants and healthy animals, sustaining in turn healthy human beings and ultimately a healthy planet.  Industrial food does none of these things.

By sourcing local food that is real, we are making a stand against a culture of destruction and bad health.  We are told repeatedly that our current food system is the only one that will feed the world, but this is a lie.  The system that will feed – and heal – the world will be localised production of real food.  Yet some real foods (e.g. butter, eggs, unpasteurised whole milk, yoghurt, full-fat cheese and fatty red meats) are regularly demonised by an industry fully conversant with the high profitability of adding value to basic commodity crops by processing them, packaging them in brightly coloured containers and marketing them to obligingly compliant consumers.  To satisfy the demand for commodity crops to feed the factories, many millions of acres of what was once prime land are now under vast intensive monocultures saturated with life-taking pesticides (the suffix -cide means ‘kill’) and other toxic chemicals.

In contrast to this insanity, real food stands as a beacon of hope.  It is not disguised by processing, fancy packaging and slick marketing.  It is honest food produced by people who care – for their soils and farmland, for their crops and livestock, for the health and welfare of their customers.  They farm sustainably, ethically and organically without ever needing to use these words, and they live and work in the midst of us all.  Thus, in buying local food, we support and nurture them, because the rebirth of healthy future communities lies in the symbiosis of local producers and their customers.

We should be mindful, however, of two traps that can catch the unwary: local food is not necessarily real food, and buying locally should not exclude buying from artisan producers in other areas.  To illustrate the first point, there may be a local enterprise that uses imported ‘industrial’ ingredients in its products that damage the planet (for instance, palm oil, soya or corn products, all three of which are doing untold damage around the globe, and do not represent anything that might be called ‘local food’).  Is such a product ethical, sustainable or real?  It is a question that we must be brave enough to ask.

Secondly, when it comes to real food produced locally in another region, its purchase should not be excluded simply because it does not come from our own region.  We are in the early stages of trying to regain our connection to real food production, and all artisan producers who meet the criteria should be given support.  In an ideal world, all of the food needs of any given community will be met by the producers within that community.  We don’t yet live in such a world, but there is no harm in acknowledging everyone who is helping us to get there.

There is much more that could be said on this theme, but for now let us be satisfied that local real food will play a major role in the recovery of our damaged planet.  And, to return to the original question, let’s be clear – the point of local food is that it is only at a small-scale localised level, wherever it might be, that we can find the real food we need to sustain us, produced by people who understand the relationship between this and a healthy planet. 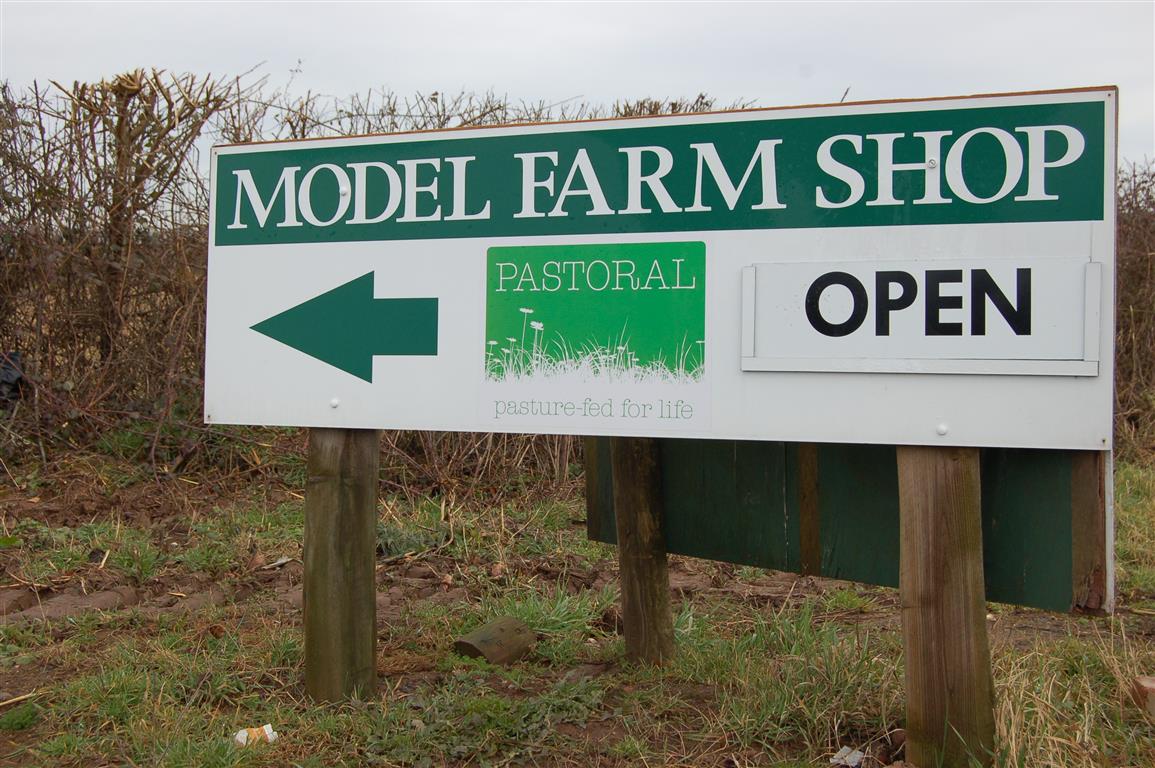 Rob Elliott is an advocate of small-scale, ecologically benign, localised real food production, as well as a believer in local economies in general.  He is the author of two books, The Food Maze and How To Eat Like There’s No Tomorrow.  Together with his partner, Sally Dean, he ran a ‘real food’ B&B near Ross-on-Wye for 12 years until 2014.  Both Rob and Sally are now active in bringing locally sourced nutritional food into the community through the development of food hubs.  For further information, contact Rob and Sally directly on sallyandrob@aspenhouse.net (tel 01432 840353).