Our guest blogger Liz Pearson Mann explores the parts of the animal our thoughts may not normally reach, shares her personal views with us and provides some recipes:

A native African mother gives her baby its first solid food, according to local cultural wisdom.  She offers up raw liver, which she has first thoughtfully chewed.  People of the Sudanese/Ethiopian border also highly value liver. They believe that their soul resides in the liver, and that a person’s character and physical growth depends on how well they feed the soul by eating it. Indeed, liver is so sacred that it cannot be touched by human hands. This report was given by Weston A Price in the 1930s. He was a Canadian dentist and researcher of indigenous tribes and their approach to health through food.

Liver – this is just one component of “nose to tail” eating.  Cheek, heart, liver, tripe (stomach), kidneys, blood, ribs, tail bone, trotters and more could be added to the list depending on your tastes, of course.  Although this is food we’ve long been eating (until recent decades), you might ask if we’d want to return to it. However, if you want to enjoy a healthy diet, and be sustainable in your eating, read on.

You could be forgiven for thinking that nose to tail eating is merely a frugal way to make do, and poor fare at that. But, this is the way our ancestors ate.  They used knowledge passed down through generations in order to maintain the health of whole communities through the food they ate, and the health of their local natural landscape.  Yet, those eating habits of small, remote indigenous communities are still relevant, even here in a modern Herefordshire landscape.

On the Ledbury Food Group blog, in Diversify Your Grains: Throw in Some Beans we told how the stiff, fertile clay soils surrounding Ledbury have been the focus of heavy wheat crops for centuries, but not without problems.  Even fertile soils can be worn out through constant cropping, if not rejuvenated by fallow periods, with grazing and manuring with livestock in the mix.  Professor Thorold Rogers, in the Victoria County History of Herefordshire, explained how land during medieval times was let to lie fallow every three years, sometimes reduced to two.  He wrote “But fallowing alone could not keep the land in good heart, so that by the end of the 15th century the arable land was being worn out.”  There is only ever so much wheat we can grow and eat, and conversely only so many animals we can ever raise and eat. Balance has always been key.  Enter “nose to tail” eating as part of the balance.

The most nourishing minerals, vitamins and compounds (like gelatine) are to be found in parts of an animal we rarely eat these days.  People have always known this without the need for modern science.  They’ve observed the connection between health and food, passing this knowledge down through descendants by word of mouth for most of human existence: this is ancient nutrition.  For instance, if you’ve ever bought glucosamine capsules for joint pain, you’re buying a medicine that is found in collagen and gelatine released in a pot of slow-simmered bone broth. You could see this as ancestral food versus techno food, and natural health versus Big Pharma.

“Nose to tail” eating is easy on the budget too; after all, liver, kidneys, black pudding, sausages and slow-roast joints of meat are well known for being thrifty fare.  Farmers can’t raise just a pork chop, lamb shank, or beef topside joint – they have to raise the whole animal.  Many say that to eat the whole animal is to respect the life of the animal.  Though some may not wish to eat meat, or any part of an animal, a truth we may find harder to accept today is that all diets require the sacrifice of life.  We are all part of the circle of life, however we eat.

Here are some ideas for “nose to tail” cooking:

With rising interest in slow-roasting, slow-simmering and ‘slow food’, beef cheeks have seen some attention in the cooking world recently.  D T Waller and Sons butchers, at The Homend in Ledbury, rate ox cheeks as a good buy at certain times of the year, so check in with them to find out when they may have them in stock.

If you’re looking for recipes, then here’s one that covers some basics:

How to cook ox cheeks by Farmison

And, if you like to try recipes from famous chefs:

The Middle and the Tail End of the Story

Sally Fallon, in her book about ‘Nourishing Traditions’ points out that American cook books of only a century ago were full of “nose to tail” recipes. The same could be said of a cook book I own which was my great-grandmother’s. Coombs Unrivalled Cookery for the Middle Classes was published in 1911 with a title which wouldn’t sit well with many people today! 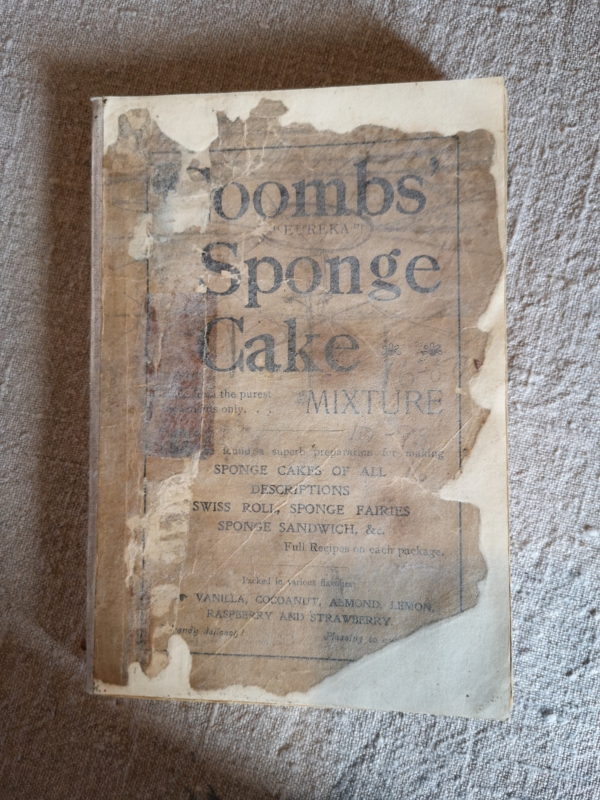 Many of the recipe names in my book sound rather up-market (it’s the style), and though made from simple, basic ingredients, they’re still good.  Here’s an easy one for grilled kidneys:

Here’s an oxtail recipe from my great-grandmother’s cookbook.  It was more commonly seen in previous decades, but it still lives on, mostly as commercially-made oxtail soup.  You’re unlikely to see oxtail (bone with the meat) in a supermarket, and it’s even hard to get it from a butcher’s, but D T Waller and Sons on The Homend in Ledbury sell it.  It would be worth asking at any local butchers whether they normally sell it, or would order some in for you.  (Please note, though, that modern food safety requirements restrict what butchers can sell today compared with butchers of the past.)

* The original recipe lists ‘Coombs gravy salt’, which isn’t made anymore, but I take this to mean gravy powder, now mostly superseded by gravy granules. I suggest using the instructions on the back of the packet and adjust for 1 1/4 pints of water.  If you can make your own stock, it will be tastier and more nutritious.

If you find you have some left over, you can freeze if for another tasty meal.

It Takes Guts: A Meat-Eater’s Guide to Eating Offal by Ashleigh VanHouten

Nourishing Traditions: The Cookbook That Challenges Politically Correct Nutrition and the Diet Dictocrats by Sally Fallon (with Mary Enig)

Liz Pearson Mann is a writer, archaeologist, crafter and grower. She writes about being rooted in landscape, traditional culture and evergreen skills. She is author of Eat Like Your Ancestors (From the Ground Beneath Your Feet): A Sustainable Food Journey Around the English West Midlands

Thanks to Matt Waller of D T Waller and Sons for information and help in the preparation of this blog,